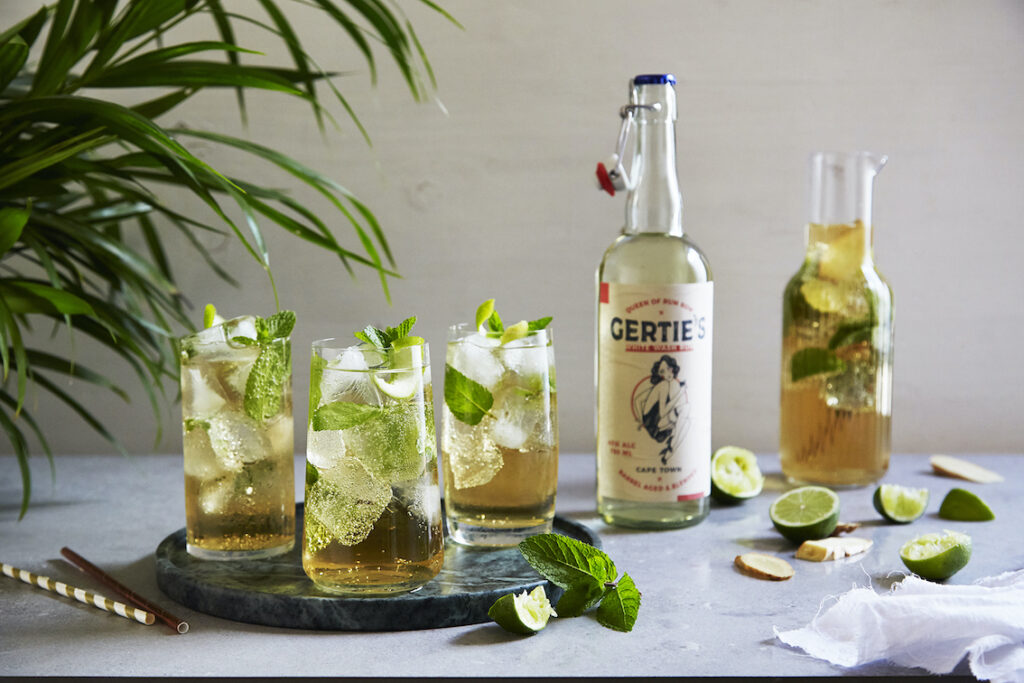 Rum. It’s not a new spirit, but it’s steadily been growing in popularity in South Africa over the last few years – among hip drinkers, at least. Let’s take a look at the history of rum in the country, and see how it’s evolved.

Rum. It’s not a new spirit, but it’s steadily been growing in popularity in South Africa over the last few years – among hip drinkers, at least. Let’s take a look at the history of rum in the country, and see how it’s evolved.

While sugarcane spirit is believed to have first been made in India – sometime after the sweet crop was introduced to the area by maritime traders around 1200–1000 BCE – rum as we know it originated in the West Indies, the first recorded mention of it being in Barbados circa 1650.

That’s a long way off – geographically and in terms of time – from the current dalliance we’re having with rum here in Mzanzi. So what happened?

Well, sugarcane first arrived on our sunny shores in 1848 … the shores of Natal, to be precise, as KwaZulu-Natal was then known. In our case, the crop was imported from Mauritius by the British, who ran the colony at the time. By 1855, the plants were flourishing in the subtropical climate, and sugar mills were a common feature on the Natal skyline.

Soon enough, “gavine” or “mystery liquor” was being cooked up from sugarcane, its numbing capabilities particularly welcomed by the indentured workers who slaved away in the cane fields.

As production of cane spirit formalised, the whole country started consuming it with glee; the expression “cane for the pain” practically became a South African slogan, alongside the heavy consumption of “spook and diesel” and “green mambas” (cane with Coke or Cream Soda, respectively).

So what about rum? And how is it different to cane, anyway? Simply put, they’re both made from sugarcane juice, sugarcane syrup or molasses, but cane has a neutral aroma and flavour while rum is more robust, clearly tasting like, well, rum. This is because cane is made in a rectifying or fractionating column, stripping the spirit of character, just like vodka (and sure enough, cane is classified internationally as sugarcane vodka). Rum, on the other hand, can be made by pot or column stills, or a combination of the two.

The two most significant commercial titans in their respective categories launched a few years apart; Red Heart Caribbean Rum in the late 1930s and Mainstay Premium Original Cane Spirit in 1954. It’s important to note that Red Heart wasn’t made here though, its origin being right there in the name, while Mainstay was. Indeed, despite the abundance of sugarcane, it wasn’t until the 2000s that we started producing our own rum here, which brings us back to the trend under discussion.

Which brand can claim to be South Africa’s first craft rum is murky – as is often so with alcohol-related accolades – but we can agree that 2013 was a key year for rum production.

Inverroche’s Lorna Scott started tinkering with rum in Stilbaai around the same time as gin, back in 2008 or 2009, releasing her 7YO African Blackstrap Rum around 2016 and the 10YO Limestone Rum in 2019.

However, several rum distilleries opened before Inverroche Rum came out, all of them launching products before 2016. Depending on when exactly their rums went to market, they may all grounds for the title.

Clinton Wyness and Wayne Oliver started the now defunct Zulu Rum in KwaZulu-Natal in 2013, while two father-son duos also launched distilleries in the same year: Robert and Eugene Kleyn of Durbanville Distillery in the Western Cape and Johann and Johann De Wet of 25 Degrees South in Pretoria.

And let’s not forget the two pioneers of agricole in South Africa, rum made from sugarcane juice instead of molasses: Robert Greaves of Mhoba in Mpumalanga and Greg Hill of Tapanga in KwaZulu-Natal, who started their brands in this seminal year, too.

Shanna-Rae Wilby may also have a case – she too opened Time Anchor’s doors in 2013, with her White Rum on sale from the end of 2014.

Perhaps it’s splitting hairs, or best left as the subject of another story; the good news is that by 2013 the South African rum boom was officially underway.

A first that doesn’t seem to be debated – in South Africa anyway – is that Andrew Rall released the country’s (and possibly the continent’s) first cachaça in 2014, the Agua Zulu. This was an addition to the other spirits he’d been working on since 2008ish at Distillery 031 in Durban.

From there, things started picking up, with a flurry of distillers trying their hands at rum. Between 2016 and 2020, some 20-odd rum brands launched, bringing the current count to about 35 – some with several varietals in their stables.

We have aged white-washed rums, like Gertie’s White Wash Rum. We have Jamaican styles, like De Vry Die Warm Rasta Rum. We have spice infused, like Whistler Spice Infused Rum. We have overproofs and coldbrew coffee rums, like Innocent Spirits Rum 62 and Coldbrew Coffee Mocha Rum. And we have cross-cultural hybrids, like Suncamino, which takes rum from Dominican Republic and Barbados and infuses it with South African hibiscus, honeybush and orange blossom.

We even have delicious premium ready-to-drink canned cocktails featuring homegrown rum, namely Copeland Mojitos. This latest innovation is the brainchild of James Copeland, who also makes the lovely Copeland Rum down on the South Peninsula.

But what of the numbers, you may be asking yourself. According to Nielsen Retail Measurement Services (data points for MAT Dec ’19), rum is a R1,178 billion market in South Africa. While a number with nine decimal places may sound like a lot, that only accounts for 4.6% of total spirit sales. But is it growing?

Well, while rum saw a strong 25% growth in 2018, things slowed down again in 2019. That said, the premium+ segment – which is where our local craft rums would likely fall – shows a growth of 6.5%. As it stands, gin continues to outpace all other spirits in terms of category growth, while whisky still holds the number-one position on value sales across spirits.

In other words, yes, there’s a general uptick, but rum still has a way to go before it will outshine gin. Right now it’s for the mavericks – you just need to decide if you’re a trendsetter or a trend follower…

This post first appeared in Cheers Magazine in September 2020