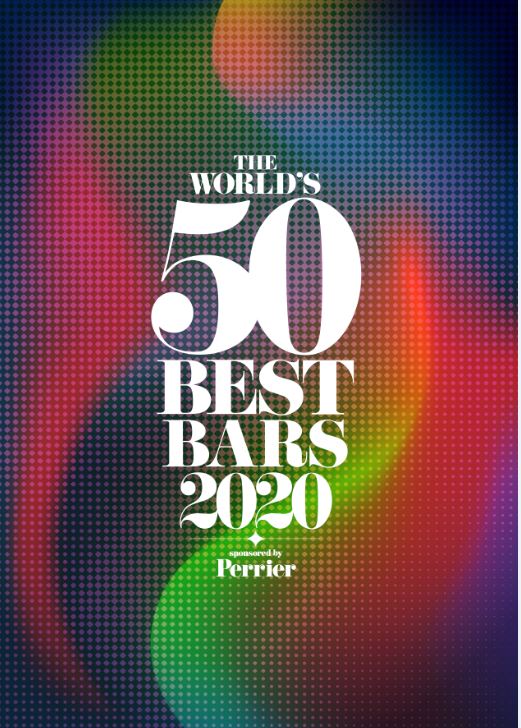 The annual list of The World’s 50 Best Bars, sponsored by Perrier, will be unveiled as part of a virtual awards ceremony on Thursday, 5 November.

The annual list of The World’s 50 Best Bars, sponsored by Perrier, will be unveiled as part of a virtual awards ceremony on Thursday, 5 November.

The announcement of The World’s 50 Best Bars 2020 list follows on from the work of the 50 Best for Recovery programme, which has raised USD1.24m to date for the hospitality sector. The initiative included providing grants to 236 businesses from 53 countries as a direct result of fundraising efforts, which included the Bid for Recovery auction, the publication of the Home Comforts e-cookbook and the generous support of 50 Best’s partner brands.

During extensive consultations with industry figures, its Academy Chairs, bar owners, bartenders and partners, the 50 Best organisation received widespread support for releasing a ranking that aims to bind the community even closer together and provide positive news for bars as they enter the next stage of recovery from the global pandemic.

For 2020, 50 Best made a number of changes to its Academy structure, which now includes more than 540 anonymous industry experts who cast the votes to create the list of The World’s 50 Best Bars. The Academy is also 50/50 gender balanced, there are 20 Academy Chairs in 20 new geographic regions, and – for the first time – the voting process and results are independently adjudicated by Deloitte. For more information about the structure of the Academy and the changes this year, please see this update.

The online event on 5th November will be preluded by four special award announcements in the weeks running up to the ceremony:

Mark Sansom, Content Editor for The World’s 50 Best Bars, says: ‘We have been in regular communication with bars and bartenders all over the world as part of our fundraising and support outreach programme, 50 Best for Recovery. For the entire period, we have been assessing the global situation of the venues who have been able to reopen and, at every turn, have been encouraged to produce a list that will give bars something positive to talk about and drinks lovers somewhere to look forward to visiting.

‘We are well aware of the hardship hospitality venues the world over have experienced and the toll that Covid-19 has wreaked on our industry. However, we strongly believe that the announcement of The World’s 50 Best Bars 2020 will provide a focal point and stimulus for bars as they enter the next stage of recovery. It is also important to recognise the passion, creativity and craft that has seen so many through this harrowing period and usher in some much-needed positivity as guests seek to return to outstanding bars.’

On 5th November, the streamed ceremony will begin at 3pm UK time, culminating in the announcement of The World’s Best Bar, sponsored by Perrier.

Elisa Gregori, Perrier International Business Unit Director, says: ‘The link between Perrier and the bar community is a century-old histoire d’amour. Perrier and its iconic green bottle has been on the tables of the world’s best cafes and bars since 1863, bringing bubbly refreshment that comes directly from nature. This year, we are particularly proud to support The World’s 50 Best Bars and show our appreciation to all the bars that have made the list during such a difficult period for the entire hospitality industry, which has been so heavily impacted by the pandemic.’