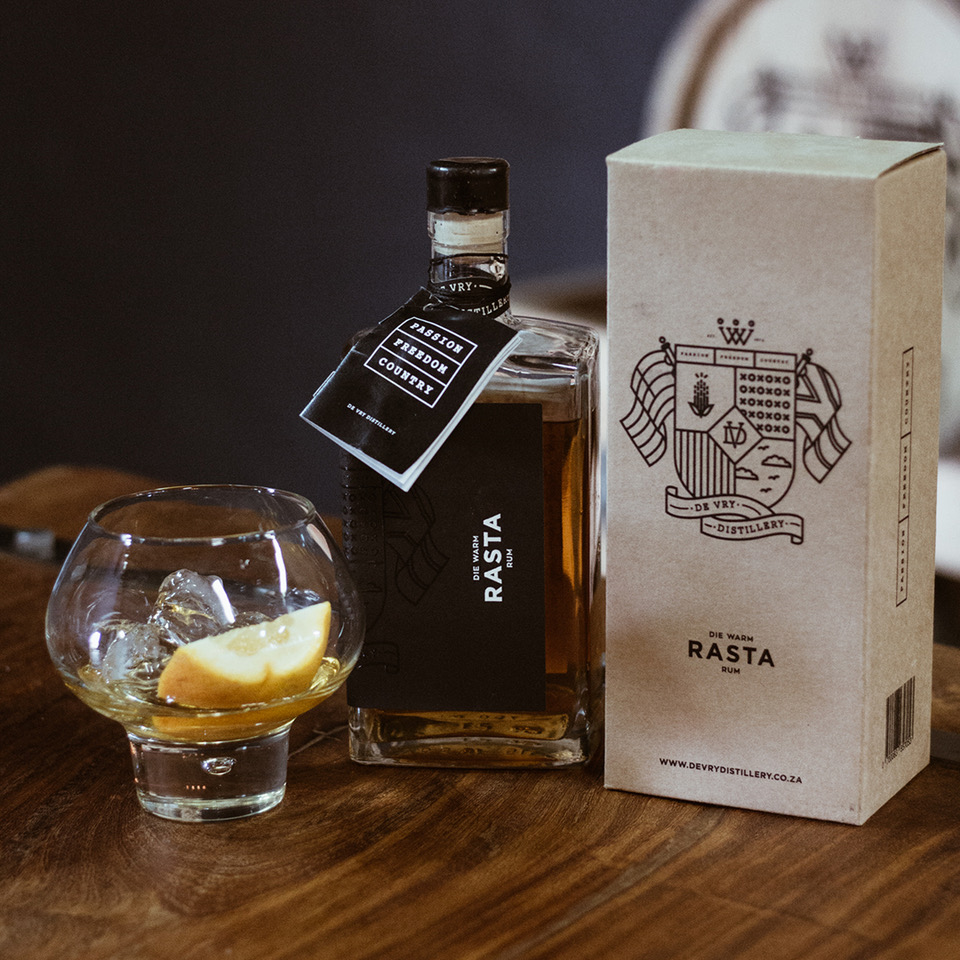 Beating 44 other international and local entries, Die Warm Rasta Rum won both the Best Rum and Best Column and Potstill awards, and was named Most Exceptional overall. 20 rums, exactly half local and half international, won gold medals in the awards.

Commenting on his win, distiller Pasch du Plooy said, ‘It’s a surprise and a great privilege to win this award, especially against some of the well-known, high quality international rum brands.’

He added, ‘Rum is our first passion. The key is ageing. We mature Die Warm Rasta for up to three years in barrels which are a combination of charred oak from American Bourbon barrels and new French Oak. Between this, our climate and our top quality ingredients we are producing a rum that we are very proud of.’

Awards convenor and judge Leah van Deventer said, ‘We’re delighted with how well the local rums performed in this competition, taking 50% of the gold medals. It speaks to strong levels of emerging innovation and creativity in the independent South African distilling industry. Exciting times lie ahead for rum.’

The Gold winners were: