Did you know South Africa produces the most agave outside of Mexico? Yes, that’s the stuff tequila is made from. So why don’t we make tequila here? Well, we do – pretty much – it just goes by another name.

Did you know South Africa produces the most agave outside of Mexico? Yes, that’s the stuff tequila is made from. So why don’t we make tequila here? Well, we do – pretty much – it just goes by another name.

We chatted to Guillermo Sauza of Fortaleza Tequila and Adi Badenhorst of 4th Rabbit Agave Spirit to find out more.

As with most spirit origin stories, the history of tequila/mezcal is more mythological than factual in places, but legend has it that some sort of spirit has been distilled from the succulent agave plant for 500-odd years. And agave has been harvested for at least 800 years.

Guillermo Sauza, whose family has been producing tequila for five generations, says, ‘The Indians used to harvest aguamiel, honey water, from a large species of agave that weeps almost a quart [of sap] a day.’ This aguamiel was later fermented to make pulque, a milky, beer-like alcoholic drink.

Both aguamiel and pulque were initially sacred drinks, consumed ritualistically by Mesoamerican priests and sacrificial victims. But after the Spanish conquest of Mexico around 1521, pulque slowly lost its sacrosanct status, and the populate began imbibing it with glee.

Around the same time, someone decided to distil agave, to get a stronger kick out the stuff. And here’s where things get murky, because the (vibe-killing) conquistadors had made the production of spirits verboten. ‘It was actually illegal to make spirits [in Mexico] until the late 1700s … so there’s not a lot of information about what was made before,’ says Sauza.

Once the ban was lifted, agave distillers crept out of the shadows, and the fun began.

Agave-plant distillation in Mexico falls into two categories: mezcal and tequila. While there are other differences, the most significant is in the way the agave is cooked, as it allows for quite different flavour profiles.

‘The Indians were using the agave as a food source, but they had to cook it, so they cooked it in ground pits where they would build a fire, throw the rocks in so the rocks would keep the heat … Their cooking would take four, five, six days – covered with some type of banana or palm leaves on the top,’ explains Sauza.

This formed the basis for making mezcal, where the smoky, caramelised agave went on to be distilled – a method that’s still used today.

Tequila, on the other hand, is made with agave that’s been steam roasted in a brick oven using a boiler – technology that arrived via the Spaniards around the 1700s. While oven cooking is significantly quicker, it still takes upwards of 30 hours.

‘They keep inventing newer ways to go a little bit faster because time is money. So they invented the autoclave, which cooks faster because you can cook under high pressure, in under eight hours … and now there’s a new machine called a diffuser, which is like a giant carwash. They put the agave in raw, with these super high-pressure jets to clean all the pulp off the fibre. Then they’ll cook it in liquid form. So they can clean and cook in like six hours,’ says Sauza.

And as for flavour? Well, mezcal punches you in the face with its rich, savoury and smoky taste, while traditional oven-cooked tequila has more of a sophisticated subtly about it. Both, however, are designed to be sipped and savoured, never shot. Tequila made using modern methods is another story entirely; suffice to say anything cooked in a carwash can’t be any good…

‘Not everybody cares,’ laughs Sauza, ‘But we thought, well, we have such a small distillery anyway we have no business competing in the [cheaper] range. We decided to rather go after the high-end market, using traditional methods for a better quality product.’

And what about agave spirit?

Well, the term ‘agave spirit’ (or ‘agava’) is a workaround. Both mezcal and tequila have laws dictating not only their production methods and agave specifics, but their distillation location too. Agave spirit can be made anywhere, and – as long as agave is the source – the production methods are up to the distiller.

Now agave – specifically the blue agave that tequila’s made from – has been growing in the Karoo for more than a century, being introduced into the country in some mysterious manner. When Mexico suffered a – gasp! – agave shortage in the mid 90s, a few ambitious businessmen formed Reinet Distillers in Graaff-Reinet.

Their intention was to produce a local version of the stuff, but they couldn’t get the production right and ended up closing shop without making a single drop. They did, however, get an agave plantation going.

Since then there have been a few attempts to make a good local agave spirit, the latest being by winemaker Adi Badenhorst – most famous for his Caperitif – who did it on a dare. His production intel for his chosen mezcal method? Good old YouTube videos.

‘They reckon from a tonne of agave you should be getting between 40 and 60 litres. The first couple of tonnes we did we got six litres of spirit,’ laughs Badenhorst. ‘So I bought some more data, watched that video again, and I checked no they added a bit of water there to get the fermentation going.’

It’s undoubtedly been a lot of trial and error, but Badenhorst’s 4th Rabbit Agave Spirit rivals any mezcal out of Mexico. While completely self-deprecating, the man clearly has a gift. His final product is a velvety smooth, floral-honey delight with a lingering soft, smoky finish.

‘It’s a mission. If anybody says to me one day, “Listen, that’ll be R300 for that shot of mezcal” I’ll put R500 down and say “f*cken keep the change”. I know what goes into it. I mean distilling, making brandy, is so easy compared to this. You have to dig deep into your soul to go pick these things, bring them back out, fill up the truck…’ 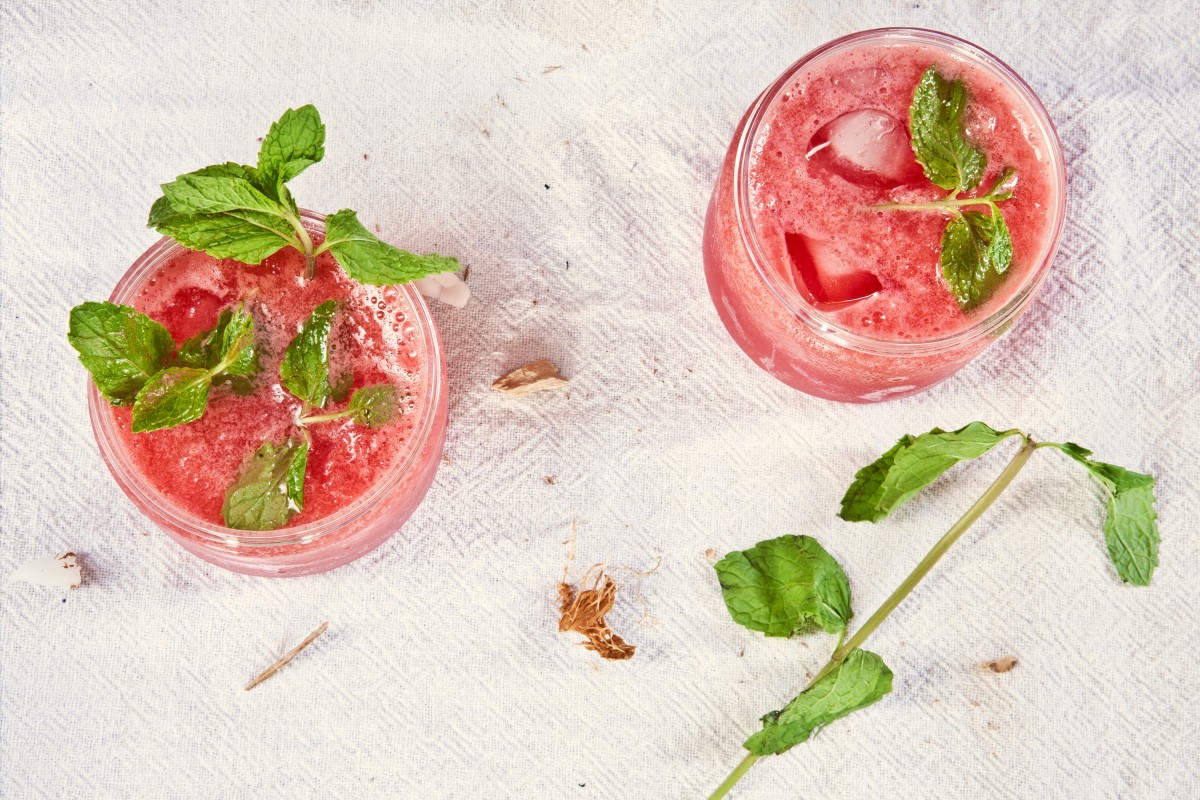 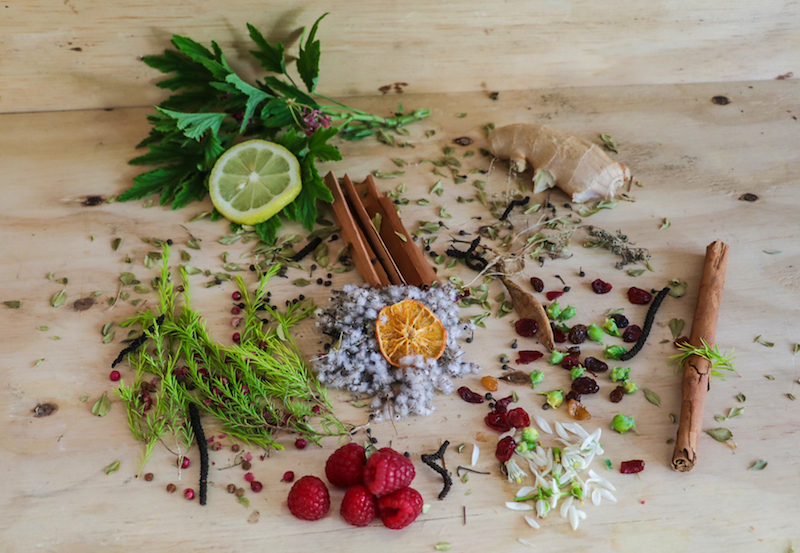 South African spirits you should be drinking 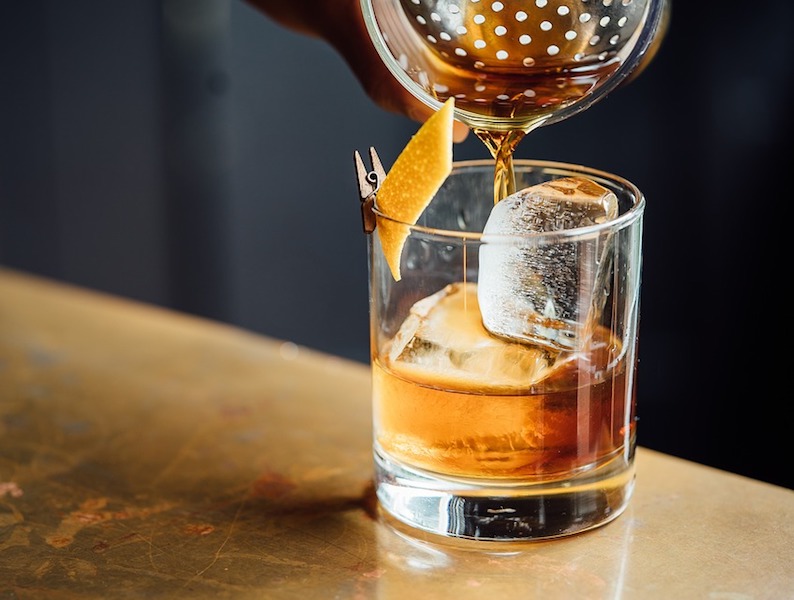