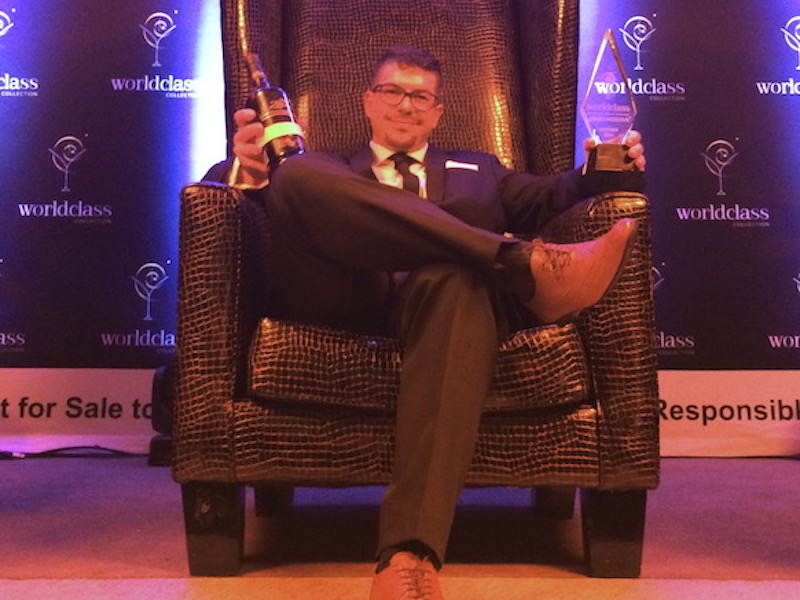 Capetonian craft bartender Brent Perremore has just been crowned South Africa’s Best Bartender in the Diageo Reserve World Class National Finals. We caught up with this mega mixologist in Cape Town prior to him heading to the UK to compete in the Global Final, which takes place from 28 July to 1 August 2014.

Capetonian craft bartender Brent Perremore has just been crowned South Africa’s Best Bartender in the Diageo Reserve World Class National Finals. We caught up with this mega mixologist in Cape Town prior to him heading to the UK to compete in the Global Final, which takes place from 28 July to 1 August 2014.

Congrats on taking the title of South Africa’s Best Bartender. You’ve won once before, in 2012. Were you expecting to win again?

I felt I had a really good chance, however, the competition was really stiff.

How do you feel about the globals – are you ready to take on the rest of the world?

I am indeed – I’m very excited! I’ve already started my work. I actually started conceptualising a few things in 2012 that I had hoped to showcase last year, but things just didn’t work out that way, unfortunately.

How does SA compare to other countries in its approach to craft bartending?

I think we’re well up there, the only thing is that unfortunately, we’re not recognised as much. I feel we have just as much creativity, if not more. We’re way more hands-on and presentation-wise, we’re amazing.

In your opinion, what pushes a cocktail from so-so to outstanding?

Well, probably … hmm, that’s quite a tough question. I suppose it’s the way it’s made. You’ve got to watch the bartender and how he prepares it. You can see if there’s passion put into the drink and if it’s made with a lot of attention to detail, and care. You can generally tell when somebody who’s doing something for you is putting a lot of effort into it, and that generally just makes the drink. I mean, even if it’s pretty average, even if it’s a standard drink, you know, putting all that love into it makes all the difference … and good-quality ingredients of course!

Cocktails are generally seen as luxury drinks. Is quality always relative to expense, or can you offer some cost-cutting advice for making cocktails at home?

There’s always a slightly cheaper alternative. You could make something just as good, something more informal.

What one ingredient should you never compromise on?

I would say the lead spirit should be really good.

Craft bartenders are always making their own ingredients. Tell us about this.

Well, if you want to make something unique, it’s always good to make it yourself. I don’t expect people at home to go out and make a liqueur from scratch, or distil something, but as far as syrups, flavourings, shrubs, tinctures and bitters go, it’s pretty simple to do it yourself.

What advice would you give to someone who is learning to make cocktails?

Balance of flavour. It takes a while to get the hang of it. I mean, it’s like cooking, in a sense, especially if it’s a fruit-flavoured type of thing. You want that balance between the acidity and sweetness. It’s almost like adding salt and pepper to food. You know, a little bit here and a little bit there, tasting constantly.

What cocktail tools should enthusiasts buy?

I think a three-piece cocktail shaker is nice. It’s always a good classic to have. And a bar spoon, a muddler and a jigger, so you can measure your portions accurately.

Finally, if you could choose one person to have a drink with – dead or alive – who would it be, and why?

My dad. I’ve had lots of drinks with my dad, but I’d like to make one for him, actually. He never got to see me work. Well, he did get to see me compete once many years ago, but I feel I’m a lot better now.

Think you have what it takes to make one of Brent’s killer cocktails? Try this recipe:

Stir all ingredients together with ice. Once chilled, decant and smoke with a smoke gun. (To get Brent’s intended flavour, smoking is important, but you can skip this step and still get good results.) Pour into a vintage red wine glass, and garnish with a palm leaf.

Want to see Brent in action? Visit him at Orphanage Cocktail Emporium in Cape Town.

Curious about what Brent had to accomplish to win? See an outline of the final challenges. 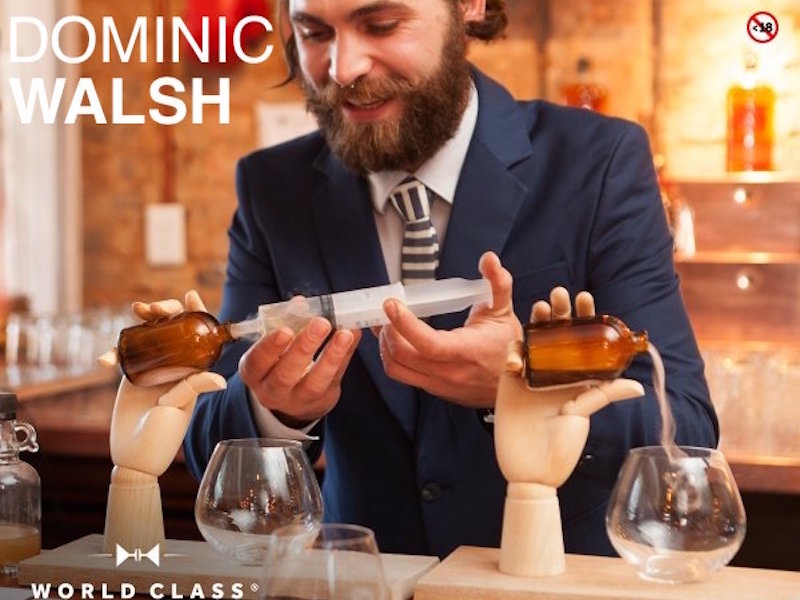 Meet the new bubbly on the block 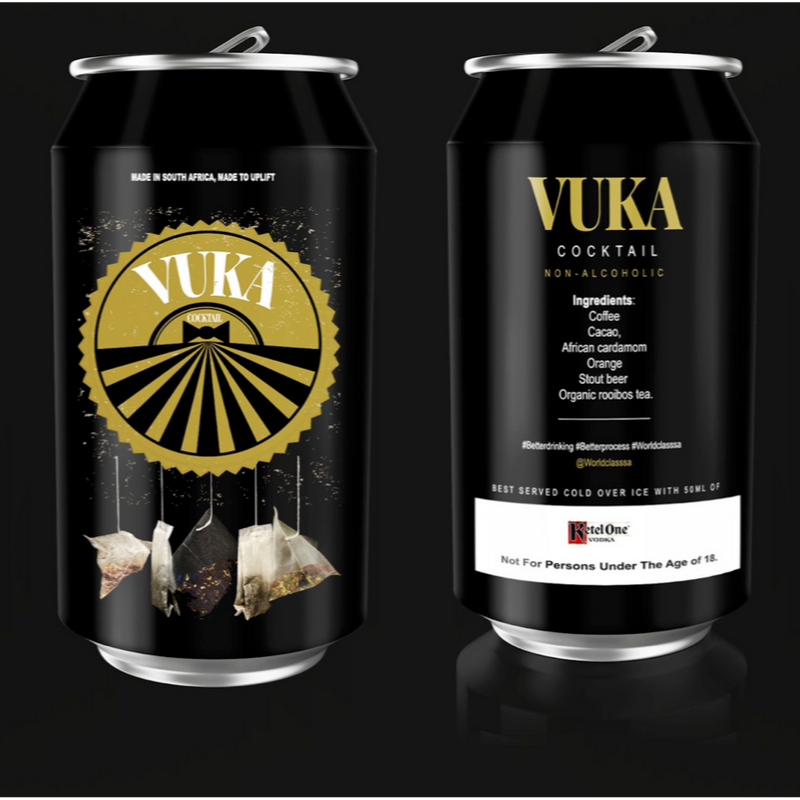